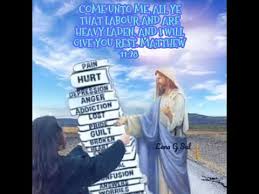 Jesus and John the Baptist

11 After Jesus had finished instructing his twelve disciples, he went on from there to teach and preach in the towns of Galilee.[a]

2 When John, who was in prison, heard about the deeds of the Messiah, he sent his disciples 3 to ask him, “Are you the one who is to come, or should we expect someone else?”

4 Jesus replied, “Go back and report to John what you hear and see: 5 The blind receive sight, the lame walk, those who have leprosy[b] are cleansed, the deaf hear, the dead are raised, and the good news is proclaimed to the poor. 6 Blessed is anyone who does not stumble on account of me.”

“‘I will send my messenger ahead of you,
who will prepare your way before you.’[c]

11 Truly I tell you, among those born of women there has not risen anyone greater than John the Baptist; yet whoever is least in the kingdom of heaven is greater than he. 12 From the days of John the Baptist until now, the kingdom of heaven has been subjected to violence,[d] and violent people have been raiding it. 13 For all the Prophets and the Law prophesied until John. 14 And if you are willing to accept it, he is the Elijah who was to come. 15 Whoever has ears, let them hear.

16 “To what can I compare this generation? They are like children sitting in the marketplaces and calling out to others:

The Father Revealed in the Son

25 At that time Jesus said, “I praise you, Father, Lord of heaven and earth, because you have hidden these things from the wise and learned, and revealed them to little children. 26 Yes, Father, for this is what you were pleased to do.

28 “Come to me, all you who are weary and burdened, and I will give you rest. 29 Take my yoke upon you and learn from me, for I am gentle and humble in heart, and you will find rest for your souls. 30 For my yoke is easy and my burden is light.” 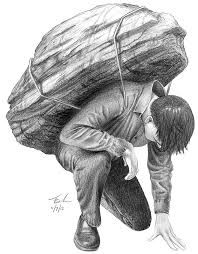 I found the first part of this chapter very interesting. It’s like the tables have turned. Jesus is teaching the people about who John the Baptist was. But doing so by quoting scripture to them, to make them see and understand what they all had been reading about for so long. I found it curious that John would send some of his disciples to ask Jesus if He was the one they were waiting for, or was someone else coming? John had recognized Him and baptized Him not that long ago. Was he doubting or was he just legitimately not sure if there was more to come?

It gets real in verses 20-24. Jesus begins to denounce the towns He had been at, the ones where He performed miracles, healing, and driving out of demons. Despite all the signs and wonders, they did not repent. Corozain, Bethsaida and Capernaum were Jewish cities while Tyre and Sidon were gentile cities. Jesus’ comment re Tyre and Sidon’s willingness to accept his word points to the gentiles willingness to accept Christ as the messiah while the Jews did not. And in danger of harsher judgement. It’s like this story: Two people are pulled over by the police for using a handheld mobile phone while driving. One person has recently arrived in Canada. Originally from a country where it’s quite legal to phone while driving. The other is a high court judge, who knows the law inside out. Both have broken the law. Both need to face the consequences for their actions. But you hope they’d come down much harder on the high court judge. He knew what he was doing. Whereas the other guy – if he’d known it wasn’t allowed, he’d never have made that call.

The Jews knew better. They knew all about the coming Messiah. And now here He was in their midst, fulfilling every prophecy about Him and performing miracles, and they were too stubborn to change, to repent.

But despite this hard warning, God’s heart is revealed once again with one of the most comforting verses, in my opinion, in the bible.  28 “Come to me, all you who are weary and burdened, and I will give you rest. 29 Take my yoke upon you and learn from me, for I am gentle and humble in heart, and you will find rest for your souls. 30 For my yoke is easy and my burden is light.”

Wow, those two verses just fill me with peace.

I think this chapter speaks a lot to our own doubt and stubbornness. All around us God is at work and we see it but sometimes refuse to acknowledge it. Admitting something is there often requires us to re-evaluate where we are at. Sometimes it is just “easier” to ignore it. We are called to know better, because we know God, or we should. We have His Word at our fingertips more than ever in this day and age. We know we can get on our knees anytime and talk with Him. We have blessings all around us, but we refuse to see. Praise God for His never ending invitation to come to Him. We will have rest in Him. I know I find tremendous comfort when I am in the Word consistently.

Lord, what a beautiful picture and feeling when you call us all who are burdened and weary. You promise to give us rest. You promise to refresh us. Help us all to allow you to take those heavy burdens from our backs because you promise us that your burden is light. Help us to see your mighty hand at work today, help us to see the blessings you give us daily and to proclaim with our mouths your goodness. God, we love you. In Jesus name, amen.