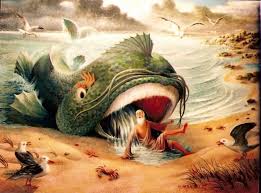 Hope you all had a good weekend! Lets get back into Matthew.

16 The Pharisees and Sadducees came to Jesus and tested him by asking him to show them a sign from heaven.

2 He replied, “When evening comes, you say, ‘It will be fair weather, for the sky is red,’ 3 and in the morning, ‘Today it will be stormy, for the sky is red and overcast.’ You know how to interpret the appearance of the sky, but you cannot interpret the signs of the times.[a] 4 A wicked and adulterous generation looks for a sign, but none will be given it except the sign of Jonah.” Jesus then left them and went away.

The Yeast of the Pharisees and Sadducees

5 When they went across the lake, the disciples forgot to take bread. 6 “Be careful,” Jesus said to them. “Be on your guard against the yeast of the Pharisees and Sadducees.”

7 They discussed this among themselves and said, “It is because we didn’t bring any bread.”

8 Aware of their discussion, Jesus asked, “You of little faith, why are you talking among yourselves about having no bread? 9 Do you still not understand? Don’t you remember the five loaves for the five thousand, and how many basketfuls you gathered? 10 Or the seven loaves for the four thousand, and how many basketfuls you gathered? 11 How is it you don’t understand that I was not talking to you about bread? But be on your guard against the yeast of the Pharisees and Sadducees.” 12 Then they understood that he was not telling them to guard against the yeast used in bread, but against the teaching of the Pharisees and Sadducees.

Peter Declares That Jesus Is the Messiah

13 When Jesus came to the region of Caesarea Philippi, he asked his disciples, “Who do people say the Son of Man is?”

14 They replied, “Some say John the Baptist; others say Elijah; and still others, Jeremiah or one of the prophets.”

16 Simon Peter answered, “You are the Messiah, the Son of the living God.”

17 Jesus replied, “Blessed are you, Simon son of Jonah, for this was not revealed to you by flesh and blood, but by my Father in heaven. 18 And I tell you that you are Peter,[b] and on this rock I will build my church, and the gates of Hades[c] will not overcome it. 19 I will give you the keys of the kingdom of heaven; whatever you bind on earth will be[d] bound in heaven, and whatever you loose on earth will be[e] loosed in heaven.” 20 Then he ordered his disciples not to tell anyone that he was the Messiah.

21 From that time on Jesus began to explain to his disciples that he must go to Jerusalem and suffer many things at the hands of the elders, the chief priests and the teachers of the law, and that he must be killed and on the third day be raised to life.

22 Peter took him aside and began to rebuke him. “Never, Lord!” he said. “This shall never happen to you!”

23 Jesus turned and said to Peter, “Get behind me, Satan! You are a stumbling block to me; you do not have in mind the concerns of God, but merely human concerns.”

24 Then Jesus said to his disciples, “Whoever wants to be my disciple must deny themselves and take up their cross and follow me. 25 For whoever wants to save their life[f] will lose it, but whoever loses their life for me will find it. 26 What good will it be for someone to gain the whole world, yet forfeit their soul? Or what can anyone give in exchange for their soul? 27 For the Son of Man is going to come in his Father’s glory with his angels, and then he will reward each person according to what they have done.

28 “Truly I tell you, some who are standing here will not taste death before they see the Son of Man coming in his kingdom.”

This is the second time Jesus told the Pharisees and Sadducees that the only sign they would get is the sign of Jonah. Even though Jesus was clearly unimpressed with them, He was still giving them all they needed to see what the heart of the kingdom of God was. He explained previously that Jonah being in the belly of the whale was like what Jesus was going to endure after being crucified and laid in the tomb for 3 days. I can see how they might not understand that part, because we know the rest of that story. Hind sight is very good, and that is why Jesus said this was a sign for them, so that they would remember this when Jesus rose from the dead. Maybe some of them would accept Jesus for who He was then.

The other part of that story of Jonah was a glimpse of what was to come regarding God’s grace. God’s love and mercy spared the Ninevites, those detestable gentiles,  from death when they heard the message and repented. Jonah couldn’t accept that I think for two reasons, first it was gentiles, second God gave His grace freely without a bunch of religious rituals. This is what He wanted the religious leaders to see and understand.

And so Jesus warns His disciples to be aware of the yeast of the Pharisees and Sadducees. (I hope I’m not as dense as the disciples seem to be sometimes. lol)  But isn’t it easy to get caught up in becoming legalistic in our faith. We make sure all our boxes are checked, reading the bible, prayer, devotions, tithing, etc…, but forget the part about grace and mercy and loving our neighbor. It’s a balancing act

The verses about binding and loosing have often perplexed me a bit, trying to figure out exactly what it means. Here is an exerpt from an article i read that explains it pretty well. click on this link to read the whole article. https://www.gotquestions.org/binding-loosing.html

“It’s not that the apostles were given the privilege of changing God’s mind, as if whatever they decided on earth would be duplicated in heaven; rather, they were encouraged that, as they moved forward in their apostolic duties, they would be fulfilling God’s plan in heaven. When the apostles “bound” something, or forbade it on earth, they were carrying out the will of God in the matter. When they “loosed” something, or allowed it on earth, they were likewise fulfilling God’s eternal plan”

(A)
My application today is just spending some time praying and asking God if there are areas where I may be becoming legalistic in my walk with Him.
(P)
Lord, there was so much packed in this chapter once again. Thank you for insight today. Help me to see areas where I may be lacking grace and mercy. Help me to find the right balance of maintaining my devotions and prayer and other “duties”, but finding joy in loving my neighbor. Thank you Jesus, in your name amen.