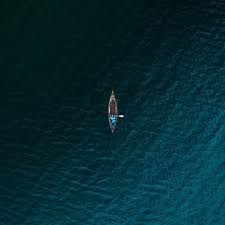 (S) A Warning against Drifting Away

2 So we must listen very carefully to the truth we have heard, or we may drift away from it. 2 For the message God delivered through angels has always stood firm, and every violation of the law and every act of disobedience was punished. 3 So what makes us think we can escape if we ignore this great salvation that was first announced by the Lord Jesus himself and then delivered to us by those who heard him speak? 4 And God confirmed the message by giving signs and wonders and various miracles and gifts of the Holy Spirit whenever he chose.

5 And furthermore, it is not angels who will control the future world we are talking about. 6 For in one place the Scriptures say,

“What are mere mortals that you should think about them,
or a son of man[a] that you should care for him?
7 Yet for a little while you made them a little lower than the angels
and crowned them with glory and honor.[b]
8 You gave them authority over all things.”[c]

Now when it says “all things,” it means nothing is left out. But we have not yet seen all things put under their authority. 9 What we do see is Jesus, who for a little while was given a position “a little lower than the angels”; and because he suffered death for us, he is now “crowned with glory and honor.” Yes, by God’s grace, Jesus tasted death for everyone. 10 God, for whom and through whom everything was made, chose to bring many children into glory. And it was only right that he should make Jesus, through his suffering, a perfect leader, fit to bring them into their salvation.

11 So now Jesus and the ones he makes holy have the same Father. That is why Jesus is not ashamed to call them his brothers and sisters.[d] 12 For he said to God,

“I will proclaim your name to my brothers and sisters.
I will praise you among your assembled people.”[e]

16 We also know that the Son did not come to help angels; he came to help the descendants of Abraham. 17 Therefore, it was necessary for him to be made in every respect like us, his brothers and sisters,[h] so that he could be our merciful and faithful High Priest before God. Then he could offer a sacrifice that would take away the sins of the people. 18 Since he himself has gone through suffering and testing, he is able to help us when we are being tested.

It is believed that the book of Hebrews was written during a time of heavy persecution by the Romans during the reign of Emperor Nero. Many of the Christians were wanting to abandon their faith to avoid trouble. But the author of Hebrews give them a very timely warning in verse 1. To listen to the truth they have heard or they will drift away.

Imagine a couple or family on a beach vacation. The wife perhaps decides she wants to catch some rays and a nap, while her husband is lounging on a yellow inner tube a few yards from the shore. They both quickly and comfortably fall asleep under the suns warm light. An hour later the wife wakes up and drowsily looks about for her husband and is unable to find him. She becomes frantic and begins to search harder, and eventually notices a yellow speck on the horizon. Her unconscious husband has drifted out to sea as a result of his negligence.

This is perhaps what is most startling about drifting. It is often unintentional. Few believers deliberately untie themselves from the heavenly harbor of the Gospel, rather they unintentionally and slowly drift away from it as a result of spiritual apathy and negligence. This is a very real danger that you and I face every day. It comes in the form of being too busy for Bible study, prayer, or poor Church attendance. Missing these important aspects of the Christian life are usually not deliberate acts, rather they are simply the result of negligence, that results in a slow yet steady drift away from the Gospel and the things of God.

So what are we to do? Well, it really is very simple because it is never too late to start again and begin to build a new habit. We need to take an honest inventory of our life, particularily our spiritual life, and see if we have been drifting away. Is our day so full that we just can’t squeeze in our bible reading? Is our whole prayer life asking thanks before we eat? Do we prioritize our hobbies, sports etc. over going to church and worshipping with other believers? we must start to build a better habit. Start slow with realistic goals, build on it from there.

Lord, we are so grateful that you never give up on us. Give us all a new passion for your Word and prayer. Help us to see where we have drifted, and forgive us where we have empathetic towards our spiritual walk. Thank you for blessing us with another day of life, use us today to speak life into others. in Jesus name, amen.