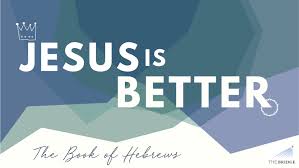 Jesus Is Greater Than Moses

3 And so, dear brothers and sisters who belong to God and[a] are partners with those called to heaven, think carefully about this Jesus whom we declare to be God’s messenger[b] and High Priest. 2 For he was faithful to God, who appointed him, just as Moses served faithfully when he was entrusted with God’s entire[c] house.

3 But Jesus deserves far more glory than Moses, just as a person who builds a house deserves more praise than the house itself. 4 For every house has a builder, but the one who built everything is God.

5 Moses was certainly faithful in God’s house as a servant. His work was an illustration of the truths God would reveal later. 6 But Christ, as the Son, is in charge of God’s entire house. And we are God’s house, if we keep our courage and remain confident in our hope in Christ.[d]

7 That is why the Holy Spirit says,

“Today when you hear his voice,
8     don’t harden your hearts
as Israel did when they rebelled,
when they tested me in the wilderness.
9 There your ancestors tested and tried my patience,
even though they saw my miracles for forty years.
10 So I was angry with them, and I said,
‘Their hearts always turn away from me.
They refuse to do what I tell them.’
11 So in my anger I took an oath:
‘They will never enter my place of rest.’”[e]

12 Be careful then, dear brothers and sisters.[f] Make sure that your own hearts are not evil and unbelieving, turning you away from the living God. 13 You must warn each other every day, while it is still “today,” so that none of you will be deceived by sin and hardened against God. 14 For if we are faithful to the end, trusting God just as firmly as when we first believed, we will share in all that belongs to Christ. 15 Remember what it says:

“Today when you hear his voice,
don’t harden your hearts
as Israel did when they rebelled.”[g]

The Book of Hebrews was a letter written to a decidedly Jewish group that had accepted Jesus as Messiah. It is difficult for those of us from a Gentile background to understand this chapter if we don’t grasp just who Moses was to the Jewish mind. Jews revered Moses as the greatest of all Hebrews, perhaps even the greatest man in all of history. When we begin to understand that fact, then the comparison of Moses to God the Son, Jesus Christ, is a little easier to accept. When the writer says, “as Moses also was faithful,” we must add that for the most part Moses was faithful. He was by no means perfect, and acted several times like any other human being, no better or worse. There was that glaring time when Moses lost his temper and hit the rock, but the writer doesn’t bring that up. His point is to remind the reader that many Jews expected the Messiah to be a “new Moses,” and that not only is Jesus like Moses but He in fact surpasses Moses.

The word declare, (some versions say confession),  here literally means, “to say the same and so to agree in one’s statement.” All true believers “say the same thing” when it comes to their experience of salvation. These Hebrew believers had already confessed Jesus as their High Priest. But they must not have fully understood just who Jesus is if they were now being tempted to give Him up.

When Salvation Army founder William Booth was dying, there were some legal matters to tend to. The lawyer said to Mrs. Booth, “If you can get him to sign these papers, the will can be executed much more smoothly.” The problem was that Booth, who was drifting in and out of consciousness, was often delirious. But they were able to wake him long enough to get his signature on several pages. Though scribbled somewhat roughly, the lawyer said it was good enough. Then Booth died. Upon later examination of the signature, it was discovered that instead of signing his name, Booth had written the name “Jesus” on every one of the papers. Jesus was the only name on his mind, and His should be the name most on our minds as well.

Jesus, we want to only have your name on our minds. Thank you for who you are! Help us see your wonders and blessing today and throughout this weekend. In Jesus name, amen.