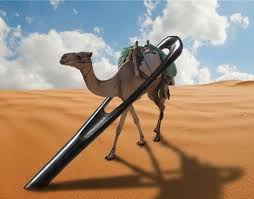 19 When Jesus had finished saying these things, he left Galilee and went into the region of Judea to the other side of the Jordan. 2 Large crowds followed him, and he healed them there.

3 Some Pharisees came to him to test him. They asked, “Is it lawful for a man to divorce his wife for any and every reason?”

4 “Haven’t you read,” he replied, “that at the beginning the Creator ‘made them male and female,’[a] 5 and said, ‘For this reason a man will leave his father and mother and be united to his wife, and the two will become one flesh’[b]? 6 So they are no longer two, but one flesh. Therefore what God has joined together, let no one separate.”

7 “Why then,” they asked, “did Moses command that a man give his wife a certificate of divorce and send her away?”

8 Jesus replied, “Moses permitted you to divorce your wives because your hearts were hard. But it was not this way from the beginning. 9 I tell you that anyone who divorces his wife, except for sexual immorality, and marries another woman commits adultery.”

10 The disciples said to him, “If this is the situation between a husband and wife, it is better not to marry.”

The Little Children and Jesus

13 Then people brought little children to Jesus for him to place his hands on them and pray for them. But the disciples rebuked them.

14 Jesus said, “Let the little children come to me, and do not hinder them, for the kingdom of heaven belongs to such as these.” 15 When he had placed his hands on them, he went on from there.

The Rich and the Kingdom of God

16 Just then a man came up to Jesus and asked, “Teacher, what good thing must I do to get eternal life?”

17 “Why do you ask me about what is good?” Jesus replied. “There is only One who is good. If you want to enter life, keep the commandments.”

21 Jesus answered, “If you want to be perfect, go, sell your possessions and give to the poor, and you will have treasure in heaven. Then come, follow me.”

22 When the young man heard this, he went away sad, because he had great wealth.

25 When the disciples heard this, they were greatly astonished and asked, “Who then can be saved?”

26 Jesus looked at them and said, “With man this is impossible, but with God all things are possible.”

27 Peter answered him, “We have left everything to follow you! What then will there be for us?”

28 Jesus said to them, “Truly I tell you, at the renewal of all things, when the Son of Man sits on his glorious throne, you who have followed me will also sit on twelve thrones, judging the twelve tribes of Israel. 29 And everyone who has left houses or brothers or sisters or father or mother or wife[e] or children or fields for my sake will receive a hundred times as much and will inherit eternal life. 30 But many who are first will be last, and many who are last will be first.

Just for interests sake, here is a couple interesting facts about “the eye of the needle”

The “Eye of the Needle” has been claimed to be a gate in Jerusalem, which opened after the main gate was closed at night. A camel could only pass through this smaller gate if it was stooped and had its baggage removed. This story has been put forth since at least the 15th century, and possibly as far back as the 9th century. However, there is no widely accepted evidence for the existence of such a gate.

Cyril of Alexandria  claimed that “camel” is a Greek misspelling; that kamêlos (camel) was written in place of kamilos, meaning “rope” or “cable”More recently, George Lamsa, in his 1933 translation of the Bible into English from the Syriac, claimed this as well.

So whether either of these two explanations of the eye of the needle is correct, or whether Jesus was speaking literally, really doesn’t matter. Point is, it is difficult. Once again we see Jesus trying to get the point across that it is not about our works, but our heart. Even though the rich man kept all the commandments, he was reluctant to let go of his worldly wealth to fully follow Jesus. His heart was invested in his money. Now let’s be clear, Jesus was not saying we all need to sell everything and follow Him, but Jesus knew this man was worshipping his wealth, wanting to follow Jesus but not willing to sacrifice at all.

The topic of divorce is always a touchy one, but I like how Jesus handles the Pharisees when they asked why Moses allowed divorce. Jesus explains this is not how it was designed or meant to be from the beginning, but because our hearts grew hard, because we are sinful people, and God knows we make bad choices and poor decisions, it was allowed under law. But again we see the heart of it when Jesus tells them that they commit adultery if they divorce and marry another. It’s still sin, regardless of what they were permitted to do. Don’t we see that in many areas of life today? Something is considered normal and legal by law, but that doesn’t mean it’s morally correct according to the bible. We must be careful to recognize the difference.

I don’t know if I have a particular application today, but Jesus was clear in this chapter to watch our hearts. Don’t allow sin to harden us and let’s not allow what the world deems as acceptable to become acceptable to us if the bible tells us differently. But at the same time, not fall under the burden of guilt if we have made mistakes in the past. God is a God full of grace and second chances!

Lord, we thank you for another beautiful day. Thank you for the sunshine and the melting snow. We look forward to spring and all the new life you bring forward. Today we pray for our hearts to open and soft towards your Word. Help us to not be caught up in our works, but rather seeking after your heart. Thank you Jesus, amen.